SHARE THIS ARTICLE
From summer barbecues to holiday shindigs, sports nights to your average Saturday – life is a party! No matter what the reason for coming together, there are 7 types of party people you’re likely to find crowding around the ultimate guest’s center stage (the food of course!). So, go on – decide which type of party people YOU are!

Will generally fall into one of two types:

“The Worrier”: Can be found hovering around stressing about everything; overthinking the party food menu, fretting over the lack of coaster use, doing a constant headcount, reminding everyone which patio cup is theirs. (They probably could have used this rundown of How to Host the Ultimate Hockey Night Party for pointers.) Party guests may feel sympathetic towards The Worrier and offer assistance or be mildly irritated and avoidant.

They live, breathe and RSVP as one, sharing everything from a Facebook account to a plate of food and the sauces “we” love. The Couple is always spotted together and any anecdotes they tell you about will be narrated in equal parts by each half. Despite being usually cheerful, encounters with The Couple may leave singles and other couples alike feeling slightly bewildered.

This shy wall-hugging party personality type might not be totally sure why them came out and probably knows where every exit is. Trying to remain inconspicuous near the party food snacks, The Wallflower usually won’t speak to other party goers first, but anyone who strikes up a conversation with them will be pleasantly surprised. Just as The Wallflower finds a comfortable pause in group conversation and the courage to talk about their long weekend cook-off challenge, The Wallflower will be interrupted by…

Recently joined a running club? Cute, The Bragger just crushed a 60-hour triathlon. Looking forward to a week in Mexico? That’s nice, The Bragger spent 2 years traveling the world. Anything you’ve done, The Bragger has done bigger, better, faster. Although this party personality will surely eat the last handful of BBQ chips and can be tough to take for long periods, they do drop some good tips, like How to Win a Wing Eating Contest.

An ego-less swoon-worthy party personality type that impressively combines The Wallflower’s ability to observe and The Bragger’s confidence. The Fun One can effortlessly remember everyone’s name, navigate every conversation topic and make you feel like you’re in the inner circle by sharing their baked chicken wings recipe. If you end up standing next to The Fun One it’s doubtful you’ll want to leave the party.

There may be only one or sometimes a small handful, but no one really seems to know The Filler well – sometimes even The Host’s ties to them sound vague. Generally described as “random”, once you stop eyeing them semi-suspiciously, you’ll probably find reasonably good company. Neither offensive nor the life of the party, The Filler are an almost guaranteed party ingredient.

This party people may or may not have been invited, and where there’s one there will surely be more – The Rugrats. The Host with the Most will doubtlessly have planned for their “just in case” arrival. Generally found near knocked over chip bowls and spilled drinks, they’ll also be drawn to The Fun One and may monopolize their time (sparking secret jealousy from the other party-goers). Depending on the event The Rugrats’ departure can come as a sign that it’s late and the party’s over.

We love you no matter which kind of party people you are, but let’s face it – the real life of the party is always going to be the food!

…just please don’t be “The One Who Turns Up Empty-Handed” …but if that IS you – here (you’re welcome).

Recognize your party style in the Pinty’s party people list? Go social and tell us which one you or a friend matched! #HowDoYouPintys 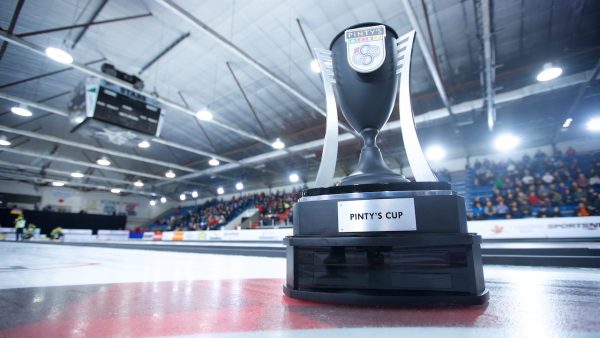